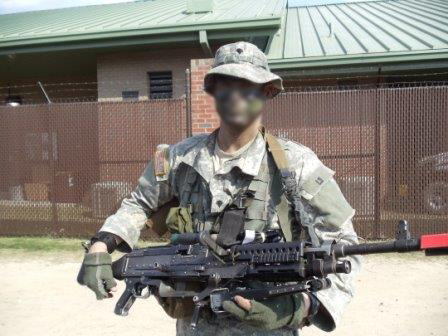 Yeah, agreed w/ what PKTraceur said, above. I didn't notice the quality of the pictures (at first) because I was ntent on following the thread of the I'ble. Only afterwards did I think "Yeah, that's right!"

The pictures were:
a.) well & evenly-lit,
b.) sharply focused on their subject, and
c.) the shots were taken from a point close enough to their subject, that extraneous details were out of the frame completely.

This helped make an interesting I'ble easier to follow. You can have your cell-cams give me a good point-n-shoot, or *SLR any day!

Please vote for it in the competition if you like it. Thanks :)

did you do 7 passes on this on? looks more solid than the other pics

Agree w/ PKTraceur re: pictures. I wasn't aware of the photos (at first) because I was intent on following the thread of the article. Only *afterwards* did I think: "yeah, that's right!" the pictures were: a.) well & evenly lit, b.) sharply focused on their subject, and c.) simplified (shot close enough that extraneous details were out of the frame). This makes it so easy to understand & follow.

I wish more I'ble authors would do that. You can have your cell-cams give me a *SLR or quality point-n-shoot any day!

Finalist in the
Paracord Contest

Glorious. Just glorious. My bag has a strap with no padding. This will become a future resource for all my strap-wrapping needs.

When you've tied enough loops off that your happy with it, thread both ends back down the middle and under the loops you've tied. A pair of pliers can be useful depending on how tight you've made the loops. Also you can layer it up a bit by going back on its self and creating a second or third layer beefing it up a bit. It can be finished off any way you like really, I tried it with a fisherman's not and a figure of eight its really up to your preference on the appearance.

This is based on something i found in an old knot book, its called the Cobra stitch though i have seen it in other places called other things. Its how survival straps are made and its basically threading one end in front of a core and one end behind it and then each end through the loop that has been created. Here the core is the strap.

Keep tying the loops in until you have a few in a row.

Now i have found that in most of my out door type gear, any webbing strap that is stitched up at the end has a small enough gap to fit a single length of paracord through. The easiest way to do this is with a cable tie.


Did you make this project? Share it with us!